“Good intentions are not enough. We need procedures and systems because we are biased”. One of many powerful statements that Professor Margaret Neale, the Adams Distinguished Professor of Management, Emerita, at Stanford Graduate School of Business, shared with participants of the Aleph Executive Speaker Series, discussing the complex topic of diversity.

Throughout the course of human history, we’ve developed instincts to help us survive. In the past, unknown faces, features, languages, and differences in behaviours were perceived as potential warning signs for tribes. We learnt to identify with those who look and act in similar ways to ourselves, with the ability to make quick and effective decisions together, validate each other’s opinions and forge friendships.

However, the world in which we live today could not be further from the societies that existed thousands of years ago. In a globalised world, where technological solutions are accelerating exchanges and the global economy is moving faster than ever before, diversity ceases to be a threat, now representing an immense opportunity for those who wish to survive and thrive. In a globalised world, creativity and innovation are the winning formula. 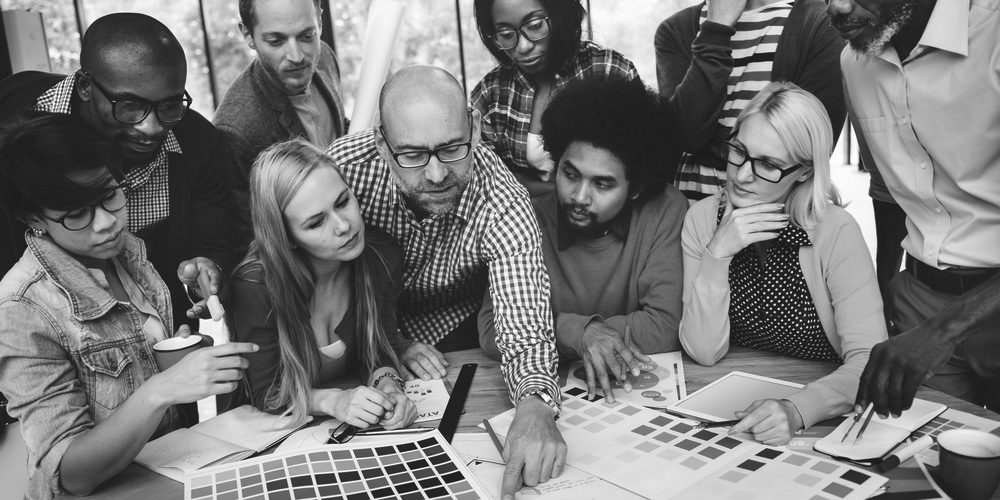 “Nowadays, we need everybody’s help to succeed. And the more diverse the help, the more diversely we can think about the problems and potential solutions”, explains Professor Neale. In fact, organizations now understand that the ‘easy’ decisions, made by a homogeneous team, are not necessarily the ‘right’ decisions needed to drive the organization in the direction of growth. Researchers have been proving this point for the last couple of decades.

Deborah Gruenfeld’s Stanford GSB 1995 study, looked at how the US Supreme Court reached a verdict. With an aim to understand whether diversity of opinion among Supreme Justices resulted in decisions less likely to be overturned at a later date, this study paved the way for the future of diversity in the courtroom. They discovered that best legal reasoning occurred when the decision was not taken unanimously. This is one of many examples that details how the presence of a minority voice can provoke the response of the many, improving final decisions, despite the majority ruling.

The value of diversity has not only been shown to spark superior ideologies, leading to an increase in durable decisions, but has also demonstrated that diversity directly translates into money. A study paper from Daniels et al. (2020) showed that stock prices of a public company increased by 0.1% for each 1% increase in the diversity of that company’s employees.

Professor Neale adds “learning, creativity and innovation are difficult tasks,” and it is clear we cannot succeed in these areas without the collaboration of colleagues across various backgrounds and mindsets. “If you don’t include all different people in the pool, you lose the full capacity and potential of your organization.”

Whilst generally we all seem to agree that respecting and harnessing the diversity of today’s globalised world is not only ethical, but also has strong benefits for business, economic, and societal progression. Society still struggles to fully introduce, immerse, and implement all aspects of diversity into our lives.

“If you don’t include all different people in the pool, you lose the full capacity and potential of your organization.”

Being conscious of our bias

Over the course of centuries, our brains have been trained to identify similarities in the people we socialise and work with, so it is not surprising we have developed a number of unconscious biases; some of which are preventing us from fully diversifying teams in our organizations. Many of these biases are so deeply rooted that we may in fact be oblivious to their existence, such as the pre-conceptions we assign around behaviour and gender. Research by Rudman (1998) displayed that both male and female candidates who actively presented their achievements were perceived as more competent. While this is considered the norm for men, the side-effect for women talking strongly about their past achievements and engaging in self-promotion presented their character as less likeable.

Other times, we fall victim to moral licencing. According to Professor Neale, this happens when “we give ourselves permission to do something bad when we did something good.” Research suggests, just like shamelessly indulging in a brownie after an hour spent in the gym, people are more willing to express prejudice in their attitudes, ideas and behaviours, when their past behaviour has established them as non-prejudiced. Interestingly, research by Castilla and Bernard (2010) has shown that gender bias when determining bonuses becomes more likely in organizations that put a higher emphasis on meritocracy. In most cases this is due to the fact it is assumed decisions are being made in the correct (meritocratic) way, rather than ensuring they truly are. “So we stop looking. And when we stop looking, bias creeps in,” comments Professor Neale.

To determine that we never stop looking, it is essential to create sets of pre-established rules and assessment benchmarks. 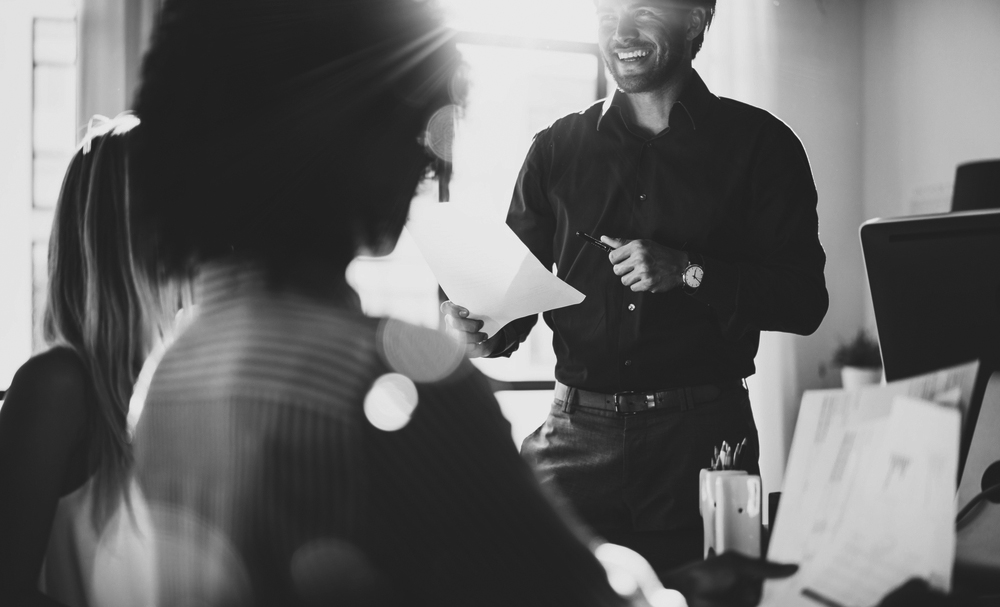 Understanding that we are biased and establishing the need to shift the attitudes and ideals of our organizations and societies, are the preconditions for embarking on the road to
change. Professor Neale argues that we each have a personal responsibility to be accountable for decisions based on the values of which we stand for. But also, we have the responsibility to create a mechanism which would allow people of all different backgrounds and opinions to be heard. She draws a clear distinction between proactively acting on something which you assume is aligned with your values, and actively addressing the bias or a preconception while implementing your values in practice.

Moreover, whilst there is a relative level of similarity observed in the behaviour of male and female professionals on LinkedIn when searching for jobs and researching potential employers, differences still exist when it comes to application rates; with women being 16% less likely to apply to a job after viewing it, and 26% less likely to ask for referrals than men. Recruiters also fall prey to unconscious bias, as they are in fact 13% less likely to open a female profile on the network. However, when they do, they discover both genders are of course similarly qualified.

By removing the bias from the system, people end up doing what they do best. And many organizations around the world are already taking decisive steps to combat this.

“Over 10.000 LinkedIn members now hold titles that have the word diversity in the name,” explains Sergio Cisneros from LinkedIn Marketing Solutions, and these roles seem to be growing in leadership. We saw a spike in these numbers especially after the first lockdowns of 2020, which shortly after coincided with the Black Lives Matter movement in the USA, where the topic of diversity was spotlighted becoming the number one discussion in the country and beyond.

And while diversity and inclusion, no matter how well intended, could raise resistance and backlash, every action is a step towards a more equal society, inevitably enabling more innovation and creativity. 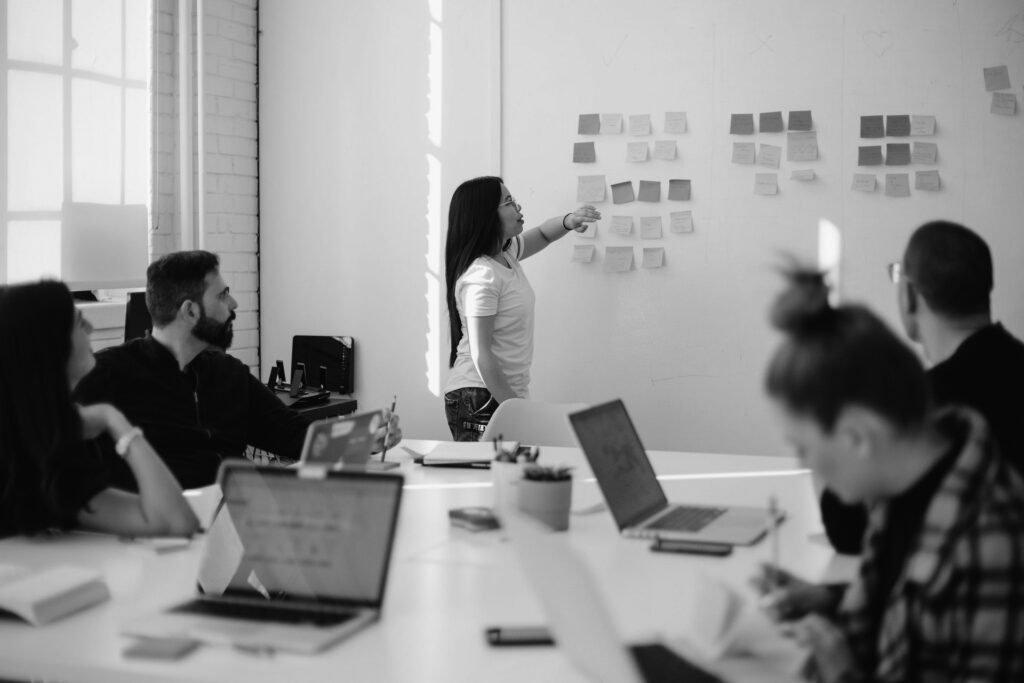 Diversity is not just about the colour of your skin or the language you speak. No individual is
diverse by themselves, but becomes so when they are part of a group. Thus when discussing diversity, no individual should be left out of the conversation.

Sometimes the question of equality and equal opportunities is not about whether society is ready. Just as The Beatles refused to play in front of a segregated audience in 1964, organizations, individuals and political leaders of today have to understand the importance and value of diversity, and step up to say “this is the type of society we want to live in”.

We are by nature biased and there is no one simple answer to overcome this. However, we do know through defining fair procedures and striving to create a level playing field, that we are taking small but important steps towards a bright future in which these guidelines will no longer be a necessity but become undisputable values and habits amongst society. Only then we will achieve what Martin Luther King dreamt of all those years ago – to be judged solely by the content of one’s character.

Unlocking the power of digital media to fuel start-up growth

By Gastón Taratuta, Founder & CEO of Aleph Group The world of today is more connected than ever. But every…