Each generation believes they live in the most turbulent of times, but history is “one damned disaster after another” explains Dr. Niall Ferguson, Milbank Family Senior Fellow at Hoover Institution. And whether it’s about the eruption of a volcano, a political crisis or a fully fledged war, disaster happens mainly as a consequence of human decision.

The pandemic that we are currently living through is just one of the many public health disasters that has happened throughout history. And while dramatisation forces us to speculate as to how this will all play out, history can teach us from experience. If only we are clever enough to learn its lessons.

Not among the top 10 deadliest pandemics

Since the start of the pandemic in spring 2020, over 3 million people have died as a result of COVID-19, and we’ve seen around 150 million positive test results worldwide, as reported by Johns Hopkins Dashboard.

Unlike past influenza pandemics, COVID-19 is remarkably ageist. Most pandemics of the past killed across the entire population. In fact, the 1918 influenza killed disproportionately more young people and the almost forgotten 1957 pandemic brought death to huge numbers of teenagers. Dr. Ferguson comments that “if we had experienced the last 16 months with as much worry about our kids as about our parents and grandparents, this would have been a far more traumatic experience.”

“The media is trying to convince you that you’re living through one of the great calamities of history, but your grandparents have lived through much worse.”

But, when compared with past pandemics, COVID-19 only makes it into the Top 20 deadliest public health disasters, considering the death rate in proportion to total global population. The largest pandemic in recorded history, the Black Death, wiped out a third of the European population, and the 1918 Spanish flu saw 40 times higher casualty rates compared with COVID-19. In fact, AIDS killed 10 times more people, even if over an extended period of time, as shown in this study.

But with a potential damage for the economy

While the disastrous effects of COVID-19 are not as harsh historically when it comes to taking lives, they are expected to surface through the radical disruption of the economy.

According to Cutler and Summers, the total cost of the COVID-19 pandemic by the end of this year in the USA alone is estimated at around 16 trillion Dollars. This is something close to 90% of this year’s gross domestic product of the country. It is also twice the total monetary outlay for all wars the US has fought since 9/11, and approximately the estimated cost of 50 years worth of climate change damage.

In some ways, COVID-19 has the economic impact of a war, especially looking at its fiscal and monetary impacts. The internet enabled us to ask a large proportion of the population to work from home, and enforce drastic lockdown measures at scales unseen before, shutting down significant parts of the global economy. Countries were seen trying to offset the shock by supporting citizens with additional income through government schemes. These are the kind of moves you would expect present in a world war.

“For the first time in history, we used lockdowns to combat contagion. Because we could.”

An Oxford Study showed that stringency levels of lockdown have been proven to have no correlation with the success of individual countries to combat contagion. But, they do correlate with the level of economic shock in their markets.

Effective vaccination and additional fiscal stimuli could help the economy recover rapidly, once everything reopens. But an important question remains, will the economy overheat and what consequences would this bring for the world? 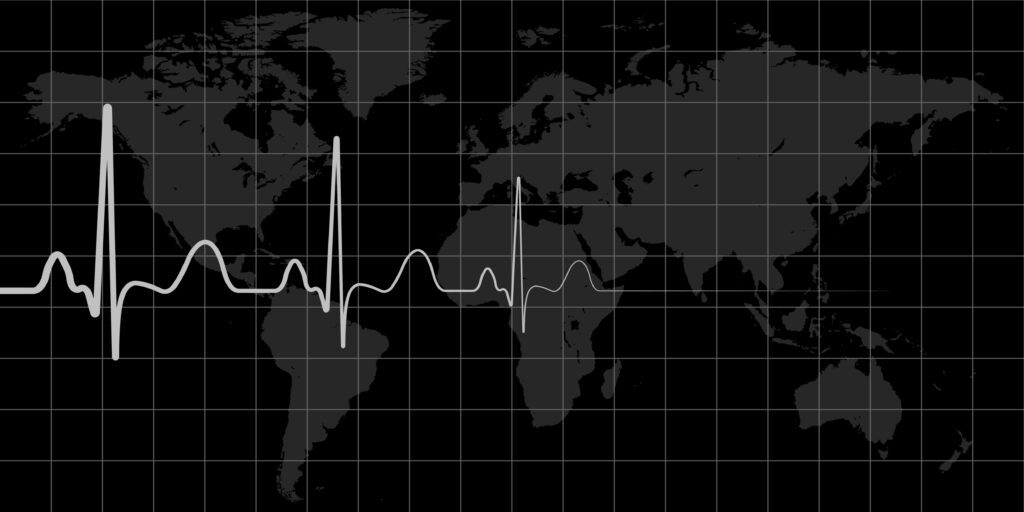 The USA along with most European countries are expected to reach a reasonable level of vaccinations by the summer, which could trigger their markets to react similarly to a post-financial crisis, focussing on overproduction. Such a scenario could eventually lead to the overheating of the economy. However, for other parts of the world it’s a very different story. India and Brazil are still struggling with the largest waves of contagion, and their path back to globalisation will be inevitably slower. Similarly, some countries who have already repressed the virus but have not yet vaccinated a sufficient amount of the population, will remain closed for travel, and business.

This could lead to the development of a two or three tier global economy, where western countries struggle to understand why emerging and developing economies are lagging behind.

And an uncertain (geo)political future

History repeatedly tells us that disasters can have big political consequences. And while populist leaders might be receiving most of the blame for badly managed anti-COVID measures, facts show that in reality, it was the failure of public health bureaucracies in many democratic countries, including those governed by liberal politicians, which delayed the efficient management of the pandemic.

But amidst large protests across the world, typical during a pandemic, people look for normalcy. The question remains whether extremist rhetorics that have gained influence during lockdowns, and found space online, will resurface in the future and drive novel catastrophic political agendas. 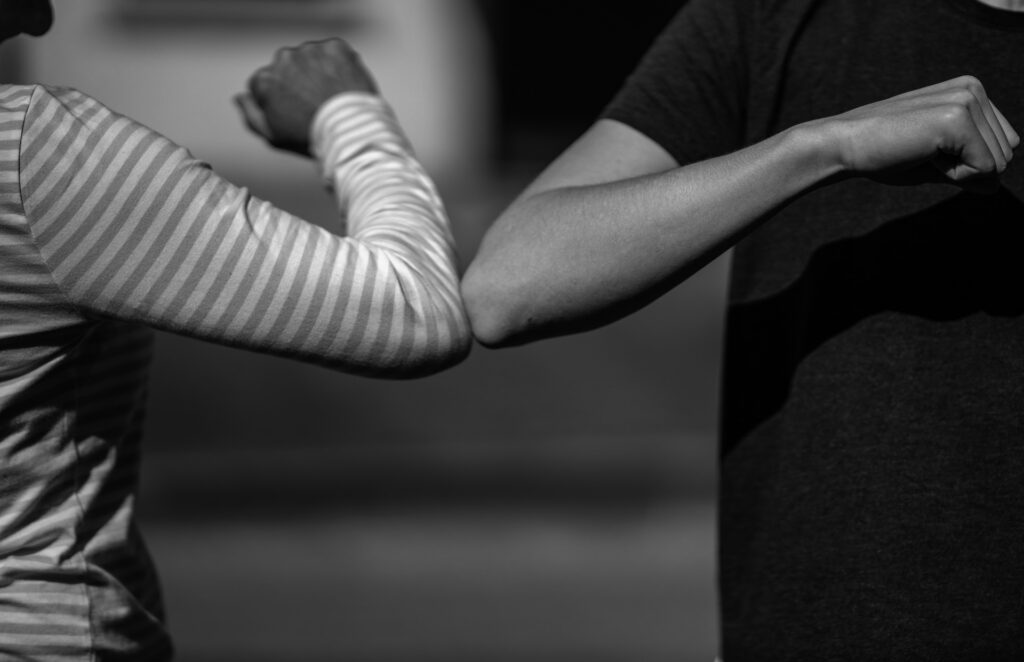 Nevertheless, no normalcy in the domestic sphere can draw back to the second Cold War that began between the USA and China even before COVID-19 initially hit. During the pandemic, tension continues to mount between these two world powers, and could easily escalate into a showdown demonstrated on a territory like Taiwan.

There are many threats around the world that need our dire attention, from ensuring access to drinking water, to combating hunger, stopping wars, to mitigating climate change and maybe even preparing for the next pandemic, or a complete internet blackout.

“During the difficult time of the pandemic, people came to services, such as Twitch, not only to talk about gaming, but to be with their community.”

But we cannot hope to predict a disaster, and we do live in a reality with much higher uncertainty than we are ready to admit. And so the best way to avoid doom is to build antifragility mechanisms into our system, cultivate general resilience rather than specific preparedness, and leverage the full potential of technologies that exist in combination with full transparency of government policies and actions.

We have to learn from history. If we keep fighting the last war, we will inevitably fail. Understanding the reasons behind events, best practices in combating disasters, and leveraging technologies to keep our families and societies safe, will help us create a beautiful future for our children.

By Maris Naglis, VP of Customer Success, Httpool There are currently just shy of 4 billion social media users across…